If history is a guide, then investors should expect hotel incomes to keep pace with inflation during this current period of high and seemingly persistent inflation 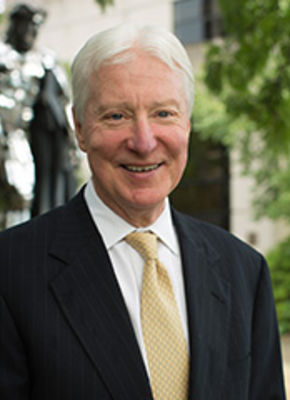 In Part 1 of this series, I highlighted that hotel property investors transact to acquire both real estate and the operating businesses with their varying sets of revenues and expenses. This institutional arrangement is unlike those for most other commercial real estate investments in which the business owners make fixed rental payments to property owners while expenses are mostly variable. Hotel investments therefore come with counteracting exposures to inflation of operating revenues and expenses that may neutralize inflation impacts on profits (i.e., net operating cash flows). The statistical results reported in Part 1 suggest that hotel profits do not adjust to inflation. Over the period of 1946-2020 inflation positively influenced both total revenues and total operating expenses to the extent that they offset one another.

The strongest inflationary effect I found was on average daily rates (ADRs). Conventional wisdom holds that hotels are a hedge against inflation because ADRs can be adjusted with high frequency to combat steadily rising prices. Because investors do not directly participate in ADRs, being only one component of income that investors receive, the focus turns to whether investors’ net incomes keep pace with inflation. The findings in Part 1 suggest they do not. The coefficient on the inflation variable is statistically insignificant from the analysis in Part 1. Yet, these results were obtained for a prolonged period in history during which inflation ran ‘hot’ some years and subdued other years.

Figure 1 from the prior blog, shown again below, pictorially demonstrates two distinct inflation regimes in the U.S. since 1946. From 1946 to the early 1980s (sub-period 1) the rate of inflation was volatile and repeatedly hovered around 10%. During the period beginning in the early 1980s extending until 2020 (sub-period 2) inflation rates barely exceeded 5% during some years but mostly remained in the 2-3% range. The long-run historical inflation experience in the U.S. sets up a natural experiment for testing how hotel financial performance behaves during extended periods of high and volatile inflation versus periods of low and steady inflation. Part 2 of this series provides additional insights on the relationships between inflation and hotel operating performance during two distinctly different inflation periods. Attention is focused on sub-period 1 during which inflation resembled current conditions.

The results from bifurcating the study period indicate a strong relationship between all of the main hotel financial performance measures and inflation during sub-period 1 (higher inflation) when inflation ran ‘hot.’ Importantly, profits increased with inflation during this sub-period. Specifically, the coefficient on the inflation variable in the sub-period 1 profit equation is statistically significant at the 1% level when its size is slightly greater than 1.0. During sub-period 2 (lower inflation) only ADRs aligned with inflation while the other performance measures bore no significant relationship to inflation. As the U.S. experiences persistently high inflation rates in 2022 and beyond, hotel ADRs and profits will grow along with inflation, with a lag and holding other factors constant.

Data, Set up and Method

Each step leading to the empirical findings in this blog mirrors the steps taken in Part 1 except that the data analyses are separately performed for each of two sub-periods – 1946 through 1982 and 1983 through 2020. The central hypothesis is that changes in hotel operating performance measures have different statistical responses to changing inflation when inflation is persistently high versus when it is low. Specifically, I expected to find that inflation materially influenced hotel operating performance during sub-period 1 (i.e., 1946-1982) and was benign with respect to hotel financial performance when rates of inflation were consistently low.

Regression results appear in Figure 2. Across the top row of the table are the four left-side variables presented in Part 1 from Equations 5-8. Down the left margin is a comparison of the inflation variable (i.e., one-year lag in the CPI) coefficients and t-statistics for the two sub-periods and the entire study period. A clear distinction appears in the regression statistics between sub-period 1 and sub-period 2 according to how inflation influenced hotel operating performance. The impact of inflation is stronger during the early sub-period when inflation was running ‘hot’ than the latter sub-period when inflation was subdued. The ADR results prove the exception as changes in inflation and room rates maintained a statistically significant positive relationship throughout the study period. The relative sizes of the coefficients indicate that this relationship has been surprisingly stronger since 1983. Importantly, the profit sensitivity to inflation is only statistically significant during the years when inflation was repeatedly high.

Implications from the Results

The evidence shows that ADRs serve as at least a partial hedge against inflation regardless of the general price level changes running high or low with as much as a one-year lag, holding other factors constant. The emphasis for investors then should be on the profit/inflation relationship. The encouraging news for hotel investors coming into a period of high inflation resembling that of 1946-1982 is that profits kept pace then. Comparisons between hotel industry structure and other metrics during the 2020s and pre-1983 should consider changes in competition, customer acquisition costs, and brand standards.

Defending margins during periods of high inflation puts a premium on locking in expenses. Opportunities may exist for hotel managers to enter into fixed payment contracts (or those growing at less than the expected inflation rate), for example, with utilities and service providers willing to allow compression in their margins to maintain business relationships with hotels.

CBRE Hotels Research specializes in translating national and local economic conditions into measures of hospitality market and property-level financial performance now and into the future.

Jack Corgel is Managing Director, CBRE Hotels’ Americas Research. Jack holds the Robert C. Baker Chair (Professorship) in Real Estate at the Cornell University School of Hotel Administration and holds the position of the director of graduate studies for the Baker Program in Real Estate. He was the first director of the Center for Hospitality Research at SHA. After receiving undergraduate and PhD degrees from the University of Georgia in real estate and corporate finance, he held faculty positions in several business schools at major universities before joining Cornell. Corgel serves as senior advisor to PKF Hospitality Research (PKF-HR), where he helps the firm develop products for the hotel industry based on property-level financial and real estate performance information, including Hotel Horizons econometric forecast of U.S. hotel market performance. Corgel published 80 articles in academic and professional journals, mainly on the subjects of real estate finance, investment, valuation, and hospitality real estate. His research appeared in the most prestigious journals in real estate (Real Estate Economics), urban economics (Journal of Urban Economics), insurance (Journal of Risk and Insurance), business law (Journal of the American Business Law Association), and hospitality management (Cornell Quarterly and International Journal of Hospitality Management). In addition, he has written for nearly every national journal read by real estate professionals. His textbook, Real Estate Perspectives (with Smith and Ling), was used throughout the nation for introductory real estate courses. He co-edited and wrote chapters for The Cornell School of Hotel Administration on Hospitality: Cutting Edge Thinking and Practice. Corgel’s current research interests include the relationship between the macro-economy and hotel markets and real estate price and capitalization rate forecasting.