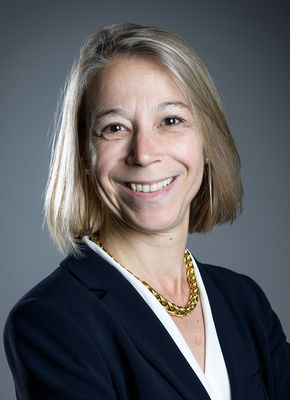 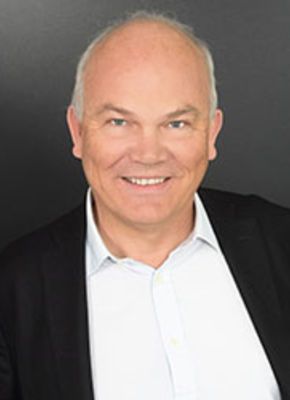 French hotel leases and contract law governing hotels constitute essential legal and economic stakes for a hotel business in France. The country is, in fact, home to over 17,000 hotels, many of which are operated under commercial leases. For owners and tenants, the legal and economic challenges associated with hotel leases are crucial, especially when the hotel under operation is their main asset.

In recent years, the state has undertaken a number of major reforms, changing the status of commercial leases and contract law – untouched for decades – to rebalance the relationship between commercial landlords and tenants.

The Pinel law n° 2014-626 of 18 June 2014 and its application decree of 3 November 2014 have revolutionised the commercial lease relationship in favour of the tenant. However, if the landlord’s obligations are now more important than in the past, the tenant still has the essential obligation to pay the rent, even in a context such as the Covid-19 pandemic (as reaffirmed by the recent decisions of the French Supreme Court of 30 June 2022).

Here, we review the main characteristics and stakes of hotel leases in France.

The Regulation offers considerable protection to the tenant operating a hotel, particularly where the tenant wishes to renew their lease.

In practice, hotel leases are almost always the subject of a written agreement, though there is no such requirement in the Regulation2.

Duration of the hotel lease: Hotel leases cannot be granted for a period of less than nine years. The parties may agree to a longer term. Only perpetual leases are prohibited. If the term is longer than 12 years, the lease must be drafted in the form of a notarial deed.

As an exception to the Regulation, the hotel tenant has the right to terminate the hotel lease at the end of each three-year period by giving at least six months’ notice (article L.145-14 of the Commercial Code). However, in the frame of hotel lease agreements, the tenant generally renounces this right, and the lease agreement has a duration of nine years or more.

In France, the hotel tenant benefits from a protected leasehold right and is entitled to renew the lease, provided that they themselves have occupied the premises for their own purposes during the three years preceding the expiry date of the lease.

Upon its contractual expiry date, the hotel lease is automatically extended for an indefinite period, unless one of the parties has given six months’ notice of their wish to renew or terminate the lease.

If the landlord refuses to renew the hotel lease (except in a few narrowly defined cases), they must pay the tenant compensation corresponding to the damages suffered by the latter (value of the business (fonds de commerce), loss of clientele, removal and reinstallation costs, etc).

Such compensation is not, however, payable where, in particular, the landlord proves that the tenant is in serious breach of the lease agreement. Notice of non-renewal given to the tenant must adhere to a strict procedure, be served by a bailiff (huissier) and set out the reasons for non-renewal.

The free setting of the initial rent of the hotel lease

The rent payable when the original lease takes effect is freely negotiable and normally reflects hospitality market conditions. It is generally paid monthly, quarterly, in advance or in arrears.

In addition, rents may be adjusted annually in accordance with an indexation clause, by reference to an index different from the ILC index: the cost of construction index, for example. Such clauses are permitted by the Commercial Code.

However, if as a result of such a clause the rent is increased or decreased by more than a quarter since the rent was last fixed, either party may apply to the Courts to have the rent fixed in accordance with the market rent (article L.145-39 of the Commercial Code).

How, in practice, the landlord and tenant anticipate the setting of the rent when renewing the hotel lease

The rent determined on renewal must correspond to the rental value of the premises. The rent of the renewed lease is, in principle, calculated according to the “hotel” method, which consists of reconstituting the operator’s theoretical income on the basis of the number of the rooms, the hotel’s category and its probable occupancy. This estimate is generally performed by an expert to limit any potential controversy between the parties.

The Regulation states that subletting is forbidden unless otherwise provided for in the lease by the parties.

The transfer of the hotel lease alone may be prohibited, although the tenant is always free to transfer the right to the lease to the purchaser of the hotel business (fonds de commerce).

There is one exception: certain contractual covenants are valid. For example, the landlord may ask to be formally informed of the transfer in order to give their consent to the purchaser.

The duration of the assignor’s guarantee to the assignee is set at three years after the hotel lease is sold: this is especially protective for landlords (article L145-16 of the Commercial Code).

What is at stake financially in the difficult and delicate negotiations of the respective maintenance and repair obligations of the hotel lease?

The 2014 reform amended the Regulation by imposing annexing to the lease agreement a precise and limiting list of charges, taxes and fees to be settled by the landlord or the tenant. The landlord must provide henceforth the tenant with a summary of these expenses on an annual basis.

Article L.145-40-2 of the French Commercial Code stipulates that on conclusion of the lease agreement and every three years thereafter, the landlord must provide a provisional statement of repairs planned over the next three years, as well as a forecast budget and a summary of repairs carried out over the past three years, together with their cost.

Landlords are now prohibited from passing on to tenants the cost of heavy work required by article 606 of the French Civil Code, as well as any fees related to carrying out works “intended to rectify obsolescence or bring into compliance”, when such constitute major works relating to the structure of the building (article R.145-35 of the French Commercial Code).

Regulation governing the distribution of charges covered by the new article L.145-40-2 of the French Commercial Code has become of public order. Parties cannot, therefore, derogate from the rules on the distribution of charges and taxes. Any clause contrary to these provisions would be deemed unwritten, in accordance with article L.145-15 of the French Commercial Code. It is recommended to be vigilant when negotiating and drafting future leases and renewed leases.

The parties must make an inventory of fixtures

The inventory of fixtures (when properly done) is a key element for a lodging establishment open to the public. It makes it possible to verify that the landlord has correctly fulfilled the stricter obligation to deliver rented premises that conform to their intended use and that are properly maintained, in accordance with applicable case law. This obligation is particularly important in the case of off-plan leases (BEFA hotel leases) at the time of delivery. Non compliance regularly leads to litigation between landlords and tenants.

The formalisation of the inventory of fixtures is particularly important for both parties. In fact, going even further and conducting a full technical audit of the hotel premises is recommended.

At the time of the conclusion and the renewal of the lease, the landlord must communicate diagnostic reports. These reports enable the tenant to ascertain whether the premises contain asbestos or lead, or if they are located in an area likely to be flooded, for example.

The landlord must also provide a diagnosis of the energy consumption resulting from the operation of the premises. This is particularly important today, as new regulations require a 40% reduction in energy consumption by 2030 when more than 1,000 m² of a building is used for commercial purposes (even if there are several different commercial premises within the property). However, both the tenant and the landlord will be held responsible for the works required to carry out this reduction in energy costs.

NB: Failure to communicate the diagnosis may engage the liability of the landlord.

In the case of common law leases, the tenant cannot undertake any works modifying the layout of the premises without having obtained the owner’s prior express authorisation.

Hotel leases fall under a specific regime as they relate to “establishments open to the public” (ERP). The owner of the hotel premises cannot object to any works or improvements that the tenant undertakes at their own expense and under their own responsibility, when such works concern the eight cases listed in article L.311-1 of the French Tourism Code, even if such works entail changing the layout of the premises.

Lastly, in the context of a hotel lease, particularly with regard to emergencies or safety procedures, the tenant can do (almost) anything. Where there is a particular urgency to carry out works, the tenant may immediately do so without informing in advance the landlord and without losing the right to reimbursement of the works.

2 We discuss the regulation applicable to off-plan hotel leases, which in France are often complex and lengthy contracts to negotiate, in the article: The Tough Negotiation Surrounding Guarantees In Off-Plan Hotel Lease Agreements* | By Christopher Boinet, Anne Epinat and Philippe Gauguier (hospitalitynet.org) . See also The five keys to successfully negotiating an off-plan hotel lease, for hotel owners | By Christopher Boinet, Anne Epinat and Julien Guittet (hospitalitynet.org)

For more information about In Extenso Avocats, visit www.inextenso-avocats.com

Christopher has extensive knowledge of corporate finance, commercial and real estate transactions, the hotel business, construction law and litigation-related matters. He has wide-reaching experience in managing and structuring investment operations, acquisitions and assignments of resorts (business and premises), financing operations, joint ventures, management and franchising contracts, business organization, audits and dispute resolution. He also writes regularly about the hotel industry (hotel commercial leases and management contracts) and is speaker at seminars and workshops on hotel business law and real estate subjects, primarily those concerning hotel construction and renovation. Prior to joining IN EXTENSO AVOCATS, Christopher practiced at the Paris offices of Anglo-Saxon law firms such as COUDERT BROTHERS, HSD ERNST & YOUNG and THEODORE GODDARD, as well as at a tourism-oriented boutique law firm.

Anne advises clients on all corporate-related matters such as setting up companies, shareholders’ meetings, acquisitions and commercial lease negotiations, particularly in the insurance and hotel industry sectors. With regard to litigation, Anne is involved in commercial lease issues, as well as distribution, competition, property management and hotel industry and construction issues, in front of civil, commercial, criminal and labor courts as arbitration courts. Anne also writes regularly about the hotel industry and real estate topics, and is a regular speaker at seminars on hotel business law and real estate.