Positive outlook for the hospitality industry 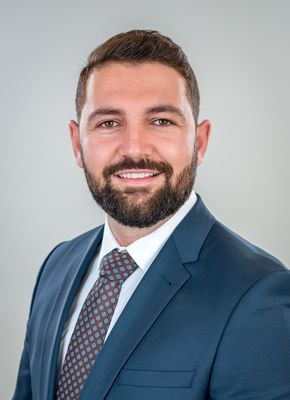 The hotel industry's recovery is accelerating, overcoming the crisis. In the first half of 2021, the stocks of the major hotel groups have recovered and outgrown the indexes. And the organizations are investing massively in new international offerings. For example, the Hilton group has announced the construction of 160,000 rooms over the next few years, while new entrants are benefiting from the support of the largest financial institutions.

Markets anticipate general hotelier sentiment. A recent survey by Deloitte shows that a return to normalcy is expected in the third quarter of 2022. On the investment front, the same consultant notes that serviced apartments have overtaken hotels to become the "most attractive asset class to invest in Europe for 2021", driven by positive demand fundamentals and leaner costs.

Since 2018 Marriott started to build apartment hotels. To my knowledge they were the 1st hotel company that decided to compete with Airbnb. Since then, the group has been followed also by the other companies. The apartment hotels doesn't threaten the hotel business because the main customers are coming to hotels on the short term basis and for these apartment rentals it's more for longer periods. At the end of the day the hotel chains just managed to get more market share.

Still, the main investments go to the traditional hotel rooms. Last year Hilton announced they're going to build around 800 properties with more than 160,000 rooms over the next few years. The chain has been growing at the rate of 50 to 100,000 rooms every year. They are making investments efforts that pay off.

From an investor's perspective, the return after the COVID for the S&P 1500 for the hotel, restaurants & leisure industry index has been growing by more than 50% over 9 months. It has been growing faster than the S&P. After one and half year of significant slowdown or even closure, the branch absorbs the shock quickly. Further, the consensus is positive. We can have fair expectations for the future. A good reason is that while a part of the investment will go to the benefit of apartment-hotels and suites, respondents of the study mentioned above believe they will have an attractive yield on hotel operations.

Finally, let us mention that private equity funds are also in the loop. Sonder a new platform of serviced apartments, 100% digitally managed from mobile phone apps for booking, self check-in, 24/7 support including room cleaning and services support. It is a direct response to Airbnb, but services included. The company has raised over $560 million in venture capital, including a $200 million round led by Fidelity, WestCap and Inovia Capital. The transformation of an industry is on its way.

Albian Albrahimi is a lecturer in finance at Les Roches Global Hospitality in Crans-Montana, Switzerland. He holds a PhD in Financial Accounting from the University of Neuchatel. His research focuses on both determinants and economic consequences of accounting decisions. Specifically, his research interests include bank accounting, new IFRS Standard implementation, financial instruments and Hospitality Financial Modelling.