Hotel Industry: A Wave Of Bankruptcies Remains Possible In Switzerland

By Benoît Perrier - Lecturer in Finance at EHL 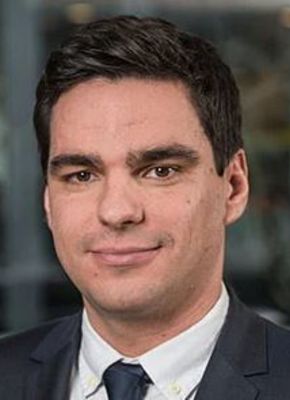 With a 40% drop in the number of overnight stays in 2020, the Swiss hotel sector is on the verge of suffocation. An exceptional season this summer, however, could limit the damage.

The phone rings desperately in the void. Since September 2020, employees of Hotel Le Richemond have been sent home. The health crisis got the better of the 5-star hotel and its 150 years of history of the Geneva institution. Management had no choice but to put hotel activity on hold until further notice. This dramatic situation is far from being an isolated case. In Lausanne, the Royal Savoy has been at forced rest since November for lack of customers. For its part, Zurich’s famous Swissotel, registered in the architectural heritage of the city, has just been transformed into a student residence at discounted prices.

In 2020, the Swiss hotel industry sold 23.7 million overnight stays, or 40% less than in 2019. The figures published at the end of February by the Federal Statistical Office (FSO) also show a 66% drop in foreign demand. The main cause is the drop in international air traffic. According to the International Air Transport Association (IATA) the total number of flights plunged 65% in 2020.

The OFS also reveals that hotel attendance hit an abyss in April 2020 when epidemic risks seemed at their highest: demand collapsed by ... 92%. By way of comparison, during the financial crisis (2008-2012), the annual drop in attendance was confined to 7%.

The only glimmer of hope, the strong enthusiasm of the Swiss to go on vacation last summer is what allowed the sector to survive. In July and August, the drop in attendance was limited to -25% and -27%.

Lastly, FSO figures show that while all hotels are affected, they are not all affected in the same way: while annual demand fell by 70% in urban areas, other destinations were able to limit the damage. Alpine establishments, for example, have seen their clientele decrease by 20% on average.

In total, the loss for the sector is estimated at 2 billion francs in 2020. If we include indirect activities (catering, care, etc.), the shortfall amounts to 3.4 billion francs at the very least, according to HotellerieSuisse.

From the start of 2021, with the implementation of vaccination campaigns and the expected easing of travel restrictions, the sector hoped for a quick return to normalcy. Six months later, occupancy rates are still far from historical levels.

In order for hoteliers to regain a viable turnover, it will first be necessary to rely on domestic demand (which is expected to increase sharply in the third quarter). In the big cities, a return to normal will only be possible by the lifting of border restrictions currently in force and the recovery of air traffic.

Secondly, a “catching-up” effect is also hoped for by the 4,600 Swiss hoteliers. Will the vacation budgets saved by households in 2020 carry over to summer 2021? On this question probably depends the future of many players in the sector. In addition, it will also be necessary to take into account the evolution of the health situation and the morale of potential holidaymakers, worries acting as a brake on consumption. The hoped-for improvement would in any case allow hoteliers to face their short-term obligations, which are becoming increasingly difficult to meet.

Hope despite the fragile turnover

Indeed, the financial situation has become strained in many establishments. The industry is suffering from high fixed costs that have to be financed, often through additional debt. All business models are affected. The so-called asset-light hotels (which rent their premises) must make the big difference between unchanged rental charges and a decrease in revenue. This is hardly better for establishments that own their own walls: you have to repay a loan and recognize heavy depreciation charges, which fragile turnover is struggling to cover.

More broadly, if the majority of companies in the sector will be able to resist with a rapid return of tourists, a wave of bankruptcies remains possible. GastroSuisse reported that the supply (sale or end of lease) of hotel and restaurant premises has exploded. On the real estate platform ImmoScout24, this offer has increased by 70% in 2021 compared to 2020. The surprise release of these premises is the first indicator of an impending wave of closures.

Further easing of health restrictions is expected this summer and could give hoteliers hope. To survive, demand will have to be boosted in all segments (accommodation, F&B, services), by offering special offers without however cutting back on margins. A delicate equation, which could be the key to getting out of the crisis for many hospitality professionals.