Hotel Labor Costs Are Up Across The Globe. Here’s How to Cope. 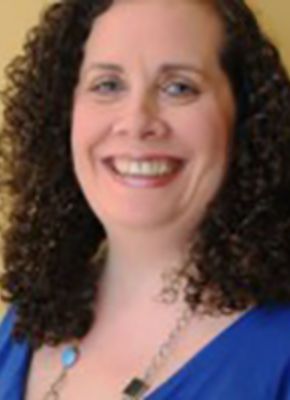 The U.S. isn’t the only country having issues filling hotel positions. In the wake of pandemic-induced layoffs and furloughs, properties around the globe are having trouble staffing up.

That’s a troubling trend not only in terms of hoteliers’ service goals, but also in terms of managing labor expenses, which have been rising. In Europe, total labor costs on a per-available-room basis in April 2021 were $18.94, according to HotStats data, versus $15.75 at the same time last year. In Asia, labor costs rose to $37.63 in April from $25.67 in April 2020.

Like in the U.S., where some former hotel workers have left the sector and migrated to alternative industries, former hotel workers in the United Kingdom found new gigs in retail and other sectors, as well. Additionally, Brexit is playing a role in the labor shortage, said Hazel Hogben, SVP of Human Resources for hotel operator Interstate Hotels & Resorts.

Under Brexit, foreigners need a visa to live and work in the UK, which wasn’t required when the UK belonged to the European Union, she explained. That shift has driven workers away.

Hospitality in the UK also has a perception problem, said Chris Gamm, CEO of Springboard, a United Kingdom charity that supports unemployed hospitality and tourism workers. “When we think about a career in hospitality, our minds are immediately drawn towards the role of [for example] a chef, but there’s a wide range of jobs available.”

In Asia, many roles are still vacant because hotels still don’t have the revenue to support adding staff. “A lot of the hotels, specifically the bigger ones, are on a hiring freeze because there hasn’t been revenue,” said Scott Eddy, a hospitality and tourism brand strategist. “I’m not speaking about mainland China, where domestic travel is booming, but the rest of Asia is still suffering.”

Border closures have presented additional problems in the region, said Victor Mogilev, managing director - Asia at hospitality recruiter LHC International. “In the past, it was very common to hire expatriates. With shifting to the domestic market, hiring has turned toward local talent, particularly for mid- to senior-management roles. Because the shift happened so fast, the industry did not have enough time to develop enough professionals, so [there is] a gap.”

Despite the challenges, hoteliers are finding innovative ways to grow their teams. Hogben said Interstate is partnering with organizations to source hidden talent—such as ex-offenders, homeless, veterans—who ordinarily would not be considered for employment. The company also is starting apprenticeship programs to get young people in the door. It has created “a more generic, multi-skilled role where a team member does all front of house functions,” she said.

Springboard has created a national effort, called “Springboard to 2022,” aimed at training and employing 10,000 young people in hotels by next year. Several hotel brands, including Hilton and IHG, are involved.

LHC International has tweaked its approach to finding workers. “Whilst our network has been very international in the past, we are now focusing on expanding our local network within Asia,” said Mogilev. “Next to that, with possible skills and experience gap, we are working closely with our clients to help them develop existing or potential candidates.”

And one tried but true strategy, while not innovative, likely would work. “Hotels have to loosen the purse strings and offer higher salaries, bonuses and other incentives,” said Eddy. “That’s going to drive up labor costs, but if you’re fishing and the bait isn’t working, you have to change the bait.”

Rayna is a Folio-award nominated, and detail-oriented veteran editor and writer specializing in travel, food, hospitality and more. Having also covered commercial real estate, she's able to make complex subjects understandable and even compelling. Grammar and punctuation mistakes don't get by her, and freelance writers she's managed have praised her ability to make them feel valued. In short, she's considered easy to work with and a talented journalist.