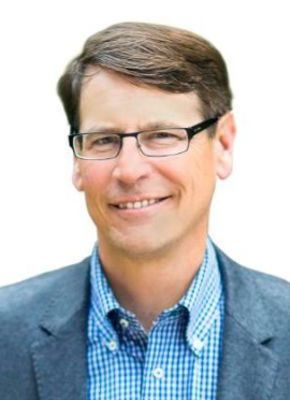 In the hotel business if you want to get ahead you better be ready to move. It’s the way in which you can multiply your opportunities and increase your chance for greater personal prosperity. That’s the way it was explained to me many years ago and it has certainly been my experience. On the flip side, moving is not easy and it can take its toll on you and the people in your relationships.

I have moved 11 times in my life and career. When I say move, I mean pack it all up, yard sale and load up the truck. All over North America and I can honestly say that every move had a silver lining. I can also say that every move had its challenges and bumps in the road. I am going to take you on a spin thru each one and try and highlight the good and the not so positive. Because I believe life is about living and we never know at the time what looks like adversity may be exactly what propels us further.

Move #7 was out of the frying pan and into the fire. The COO was now the president and I called his office exactly two years to the day after arriving in Quebec City. His assistant was polite and took my message to have him call me about an agreement we had all the while I’m thinking – he won’t call. Well, he did and he punched my ticket and I was off again. This time it was Vancouver and I was given the job as the hotel manager. In life, you want to be careful about what you ask for. This move was very different in two ways. One, I was now 100 percent in operations, no more numbers, or so I thought. Two, it was the first time moving on my own, without my kids or ex.

A couple of months before I left Quebec, I started seeing a new lady. A couple of months after landing in Vancouver she joined me. We set up shop so to speak and settled into the new city and lives together. Vancouver was a challenging post. I learned a lot and we lived thru 9-11 which was a lesson in austerity and teamwork. My boss was the GM and RVP. He taught me many things and all I can say is there is a lesson in adversity that we don’t always see right away.

I stayed in Vancouver until 2003. I would say overall it was a success. Opportunity in the hotel business can take many different forms. This time it came the way of someone looking out for me. The CFO at the time was in our hotel in Vancouver for some meetings. He was, to say the least, a great guy. We had a heart to heart, and I told him that I needed to move back to Toronto. I say back because I lived there in the ’80s. But back because I missed my kids too much. Two years in Vancouver meant that I made frequent trips to see them and they came during the summer, but it wasn’t the same or near enough.

The CFO told me he would look after me, be patient and we will find you something he told me. I believed him and I took some solace in the idea that I could move for some reason other than my career for a change. Through his stickhandling, I was offered a position as director of financial systems in our corporate office.

Johanne and I bought our first house together and settled into the suburbs. I would go pick up my three girls every other weekend and life was once again back in balance. Work was also going well and my role had me changing the entire back office hardware, software, chart of accounts and month-end processes for every hotel in the company. We accomplished this in less than 18 months. No clouds in those days, just file servers and fat clients (remember those?).

There are a few things about working in corporate that you learn. One, it’s not a hotel and people are very siloed. Two, you don’t really have a role, you have a part-time gig. In total, I was there for almost four years and there were several role changes that took place. Most were annoying but the last one was anything but.

I remember one day waiting for the elevator in the lobby, as the door began to open another elevator had just arrived and out walked the EVP of operations who was my master’s master in Vancouver. I was pretty sure my name was not on his Christmas card list, or so I thought. Note to self, don’t believe what you think because it’s just your imagination working the wrong way. I got back to my office and 10 minutes later my phone rang. It was him. He asked me if I could come to his office, I said…. Sure, and hung up.

Into the elevator and up to the C floor or, as it was referred to, the Ivory Palace. All the while I was thinking it was curtains for me. He saw me and now he will finish the job. I arrived in his office and he was all smiles, asked about my kids, our house, Johanne. He could not be any nicer and I was thinking this isn’t what getting fired looks like, is it? One thing to the other and he offered me a new job – as his personal numbers guy. You know the type, the guy who carries the briefcase and keeps track of the receipts.

For the next year and a half, I had more fun and experienced life like never before or since. Come back for Part 3 and I’ll pick up the story.