Is This The Lean Hotel Of The Future? 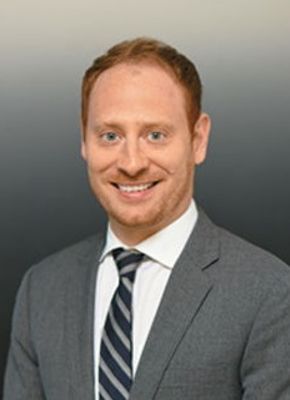 In one of many entertaining scenes from the 1981 war comedy "Stripes," peak Bill Murray cajoles peak John Candy to mud wrestle a trio of scantily clad women in a bar. You can imagine what ensues, and if you can't, the internet does.

It's a sexist cinematic trope to be sure (hey, it was the '80s), but during the scene, Murray's character inflates the ego of Candy's character by calling him a "lean, mean, fighting machine." A lie, yes (Candy was rotund and not nimble), but it did the trick, leading to an unctuous Candy tussling in a pool of mud.

What does this have to do with the hotel industry? Murray's alliterative pronouncement is motivation for hotels as they emerge from the pandemic: leaner, smarter, expense-minded, profit-driven.

Any business worth its salt is conscientious of money coming in and money going out. The problem is that when things are going good—the operating environment prior to COVID striking—hoteliers tend to become a tad lax, especially on expenses. Sure, they want to keep food costs down; they want to curb operating expenses; they want to manage labor effectively. That doesn't mean it always turns out that way: a recurrent examination of operations and audit of vendors, suppliers, lenders and other accounts.

COVID-19 forced hoteliers to get efficient; not by want, but by need. No longer could hotels shy away from addressing every line item in their P&L to make sure it was optimized. And that started with expense management.

The pivot to running leaner hotels was swift. In Hilton's Q1 2020 earnings call, CEO Chris Nassetta said, "Going forward, we are working closely with our ownership community to define the hotel operating model of the future, with the goal of developing operating standards that will drive enhanced efficiency and profitability."

Owners and asset managers took note. For asset manger RevPAR International, it started with, "What is the minimum we need to operate, not what do we need to cut," said COO Chris Cylke. "How many people do we need. What about supplies? Do we close F&B? What are the minimum operating costs?"

Beyond those calculations, Cylke took other steps to get his hotels even leaner, which included renegotiating every contract, reviewing all utility costs by item and reducing other services, such as landscaping.

General managers helped them identify and refocus their cost structure. "We rethought where we spent each dollar," Cylke said.

Will it last? Of course, everyone wants to be optimally efficient. The truth of the matter is that, historically, long-term actions don't match short-term declarations. As Chris Green, the CEO of hotel operator Chesapeake Hospitality, put it, "I've been through 9/11 and recessions, and we always say there is a better way."

But saying and doing are two separate matters.

David Lund is known as "The Hotel Financial Coach" and is known as a pioneer in the field of hospitality finance leadership. To him, what the lean hotel of the future could look like is a bit of a loaded question. "Lots should change, but if past recessions are any indication, we're like a yo-yo dieter and we will put it all back on in a short period of time plus five more," he said.

According to Lund, the better question is: What should change? It's not so much about manufacturing a leaner, more cost-conscious hotel—everyone would want that. Why it doesn't always happen is because of the oftentimes antithetical relationship among brands and owners, whereby goals are not always aligned.

"The disorder in the hotel business comes from the fact that brands don't own hotels, owners do," Lund said. What brands might want, owners won't always pony up for.

"So, investment in much-needed technology and management training on a broad basis does not happen," Lund said, adding that franchisors often whip up new fee-based programs to charge their franchisees with. Meanwhile, "The few traditional owner operators can make both the investment and the decision to reinvent, but they don't have the critical mass to make a difference."

How, then, can the chasm be abridged? Lund points to better alignment between brands, operators and owners, one that puts the onus on brands and franchisors to achieve certain performance levels based on profit, rather than solely revenue. The model has traditionally been that brands and franchisors mandate programs, which owners, then, pay for. "What's missing," Lund pointed out, "is the guarantee of performance and in fairness to both players' needs—it must be linked to an index. If we are a better management company or franchisor, then we better be able to deliver results."

"Having a profit target linked to an index of like hotels in the same marketplace is what's needed—much like the way it exists with traditional RevPAR index today," Lund said. "This is the way to give owners and franchisees the confidence needed to invest their cash in technology and management training to revolutionize the way it yields these assets."

Which brings us back to what the hotel of the future could look like if all parties are aligned toward the goal of creating a hotel that delivers a peerless guest experience in a way that doesn't break the bank, but brings in bank.

Because at the end of the day, you can't pay rent with RevPAR.

David Eisen is Director of Hotel Intelligence and Customer Solutions for HotStats, a monthly profit-and-loss data benchmarking service. He is responsible for business development activity in the Americas and developing marketing strategies to drive HotStats’ brand awareness. Prior to joining HotStats, David served as Editor-in- Chief of the Questex Hospitality Group, which includes Hotel Management magazine. His responsibilities included overseeing content direction for the magazine and website, and leading content creation for events and conferences under the Questex umbrella. Prior to Questex, he was hotel editor at Business Travel News. David has a master's degree in hospitality industry studies from New York University’s Jonathan M. Tisch Center for Hospitality and Tourism. He frequently participates on panels and roundtable discussions on myriad global hospitality industry trends and topics.