Following 4 weeks of intense discussions between LVMH (the world’s leading luxury group), Tiffany & Co (the global luxury jeweller) and their respective advisers, both companies have agreed a deal which was announced on Monday 25th November. 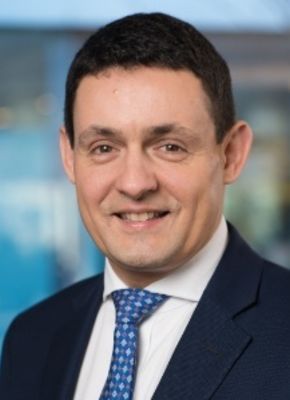 LVMH is to acquire Tiffany & Co. for $135 per share, in a transaction which will value the entire equity at $16.2 billion. Including net financial liabilities of $0.7 billion, this leads to an implied enterprise value of $16.9 billion for Tiffany, making this the largest acquisition ever made by LVMH.

The offered price per share represents a 37.0% premium over the trading price of $98.55 on Friday 25th October, 2019, the last trading day before the LVMH approach was confirmed. It also reflects a 12.5% increase over the initial offer price of $120 per share which LVMH put forward on 28th October 2019.

What has happened since the initial offer?

It is particularly interesting to look back at the events since the initial $120 per share offer was made by LVMH on 28th October 2019:

Tiffany's board of directors, advised by Goldman Sachs and Centerview Partners, have managed to keep their cards close to their chest since the initial approach was made by LVMH. Directors did not openly comment on the merits of the $120 offer, advising shareholders to take no action. In parallel to the discussions with LVMH, they initiated discussions with other prospective acquirers as part of a review of strategic options, but no one appeared to be prepared to make a superior proposal. The offer made on Monday morning by LVMH at $135 per share received their endorsement.

The agreed offer will value the 321-operated store luxury jeweller at a multiple of 16.6 times its EBITDA for the year to January 31st, 2019.

It will also represent a price earnings ratio of 27.8 times Tiffany's consensus EPS estimate of $4.86 for the year to January 31st, 2020.

This is very much in line with LVMH's own price earnings estimate of 27.0 times and slightly above that of Compagnie Financière Richemont for the full year 2019, which would suggest that LVMH has actually offered a full price to acquire Tiffany.

In spite of this, investors have welcomed the offer: LVMH share price increased by 1.5% on Monday.

LVMH to tap debt markets to finance its largest acquisition ever

In order to finance its largest acquisition ever, LVMH is raising new debt facilities, including a bridge loan for $8.5 billion, a $5.75 billion commercial paper back-up line and a €2.5 billion revolving credit facility. These debt facilities will be refinanced through a bond issue by LVMH later.

Nevertheless, the impact on the overall debt leverage of LVMH will remain limited. FY19 EBITDA estimates for the French group are in excess of €14 billion.

On Monday evening, Tiffany's share price closed at $133.25, slightly below the offer price. This clearly means investors now believe the offer will proceed.

There remains a few conditions though for the deal to happen, including (i) formal approval by the shareholders of Tiffany at a shareholder meeting and (ii) regulatory approvals including anti-trust. This process is likely to take a few months, with closing of the offer expected to happen mid-2020.

Stéphane is a senior lecturer in finance at Ecole hôtelière de Lausanne. He advises industrial and financial participants in corporate acquisitions, disposals and JV projects within the construction and real estate industries